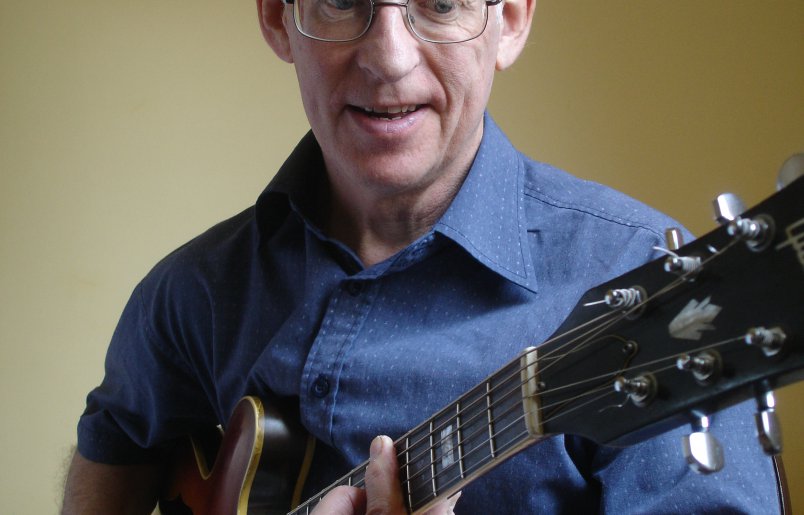 Charles Alexander began his musical career as a jazz guitarist in Edinburgh and also ran the Edinburgh University Jazz Club. From 1973, for nine years, he was Director of the Jazz Centre Society in London, producing hundreds of jazz events ranging from weekly jazz club events to full scale jazz festivals such as the Camden Jazz Week. Since 1982 he has concentrated on his own musical activities as one of the leading jazz guitarists on the London scene. A committed jazz educator; he is Jazz Guitar Tutor at Richmond Adult and Community College. In 1984 Charles founded Jazzwise Publications (now called SendMeMusic), which distributes jazz music instructional books, software and DVDs.

As a radio broadcaster, he presented seven series of BBC Radio 2’s Six Silver Strings programmes and in 1994 he wrote and presented the 12-part series The Guitar in Jazz for BBC Radio 3. In 1999 his book “Masters of Jazz Guitar” was published by Balafon Books and he has co-authored two books with Nick Freeth – “The Acoustic Guitar” and “The Electric Guitar”. Recent CDs include “When Lights Are Low” (Deep River Records) and “A Handful of Stars” (33 Jazz), both with saxophonist Jeffrey Benson.

I have had a chance to work with emuso/Studio and found nothing like it all my years of playing.   Technology can’t be ignored these days, but most of the time it’s a distraction, rather than a help.   Emuso definitely helps you, in whatever musical challenge you are looking to overcome.   From creating practice regimes, exploring chord voicings and progressions, learning improvisation, and more…  I would not have got involved if I didn’t think this is the next generation of musical support!