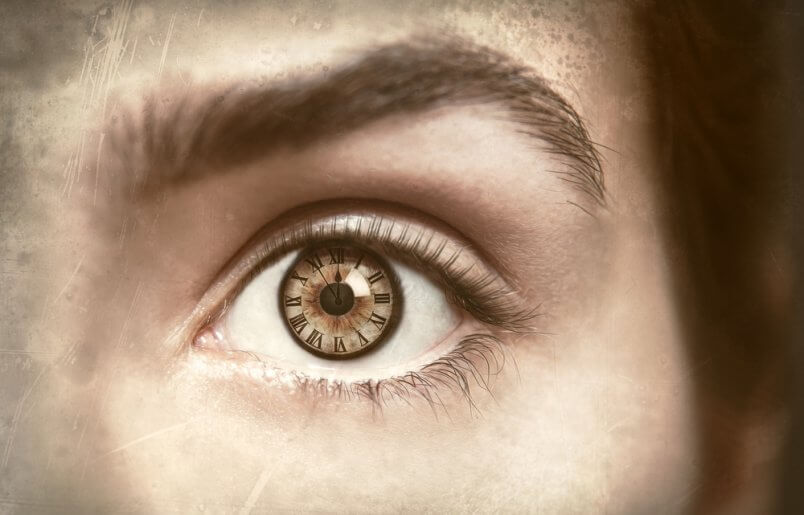 As you will become aware, music theory is all about musical relationships.   That is, the semitone distances between notes involved, and when these occur in time, and not the actual notes.  The notes can be changed, so long as the distances are maintained, which means you will hear the same relationships, higher or lower in pitch.

In this blog series, I’m going to show you how you can understand music theory as is useful for song writing and improvisation, with no need for note names.  This will hugely reduce what you need to learn and think about.

Note names become relegated to initially locating yourself on the guitar, and thereafter, intervals become one of the main things you deal with  (their sounds, and shapes, such as from the music’s key centre (I’ll cover that shortly) to a chord root, or interval shapes from a chord root to a chord member). Even these fade into the background so you are mainly just playing, listening, responding to what you hear.

In this blog, I’m going to show you an extremely powerful and easy way to understand chord construction, using intervals, the “choose-skip” concept. and Emuso’s interactive clock instrument. It’s great for visualising theoretical musical concepts (intervals, chords, scales) independent of instrument.  It is always present on-screen when inside emuso’s Toolkit.

This post is fairly lengthy … but if you’re serious about building your muisicianship on guitar, you put the effort in, and do the exercises, and this post makes sense to you, I guarantee that understanding the construction of more complex chord types, known as sevenths, ninths, elevenths and thirteens  will be a breeze(in fact any chord type), and their posts will be much shorter.

Please make sure you’ve looked at my previous blog which includes a discussion about semitones, and shows how to construct a scale along one string using semitones.

I’ll start with a quick look at visualising semitones on piano and guitar.

Then I’ll show you

The critical fact to remember is there are 12 semitones per octave, and all Western music uses these notes in various octaves.

Emuso uses twelve different colours to identify twelve possible notes and all their octaves.  Look at the next image. Click on it to enlarge it.   The circles are also numbered 0 to 11 to indicate the number of semitones from the solid red circle.  (in emuso/Studio, you can use the “=” key to switch between numbers and interval symbols.  Or use “i” to flip between a variery of labels, including note names).   Notice how piano-keys with the same number for its label are coloured the same, meaning it’s an octave higher than your initial choice.  If you count from this new circle you see the same colours repeating again. An 88 key piano has just over  seven blocks from the left-most to the right-most piano key.

Here’s the same idea on guitar (click to enlarge).  This shows all the notes in one octave, and three notes in the next octave (as  an example), along the bass string, starting at the (arbitrary) 5th fret.

The guitar construction means there are various ways we can find identical notes, using other strings.   Here are these same notes laid out using several strings (click to enlarge).

Why the clock face is a useful representation

Here is a scale, showing on the guitar and on the clock.  Times 0 2 4 5 7 9 and 11 are occupied, meanings the  scale members are located at 0 2 4 5 7 9 and 11 semitones from whatever arbitrary start note is chosen (which is the note A in this case).  All other octaves are implied, but we’re not going to show all these for simplicity.  In the clock image below, 1 AM, 3 AM, 6 AM, 8 AM and 10 AM are all unoccupied, not used in this particular example.

Notice the correspondence between the clock pattern of coloured times, the times they occur at, and what’s on the guitar (colours of circles and labels in circles)

Chord construction and the Choose-Skip concept

Hard-core theorists will hate me for this, but it is a simple way to describe chord construction.  Theorists would talk about “Tertian harmony” and “building chords in thirds”.

The choose-skip concept can be applied to many 7-note scales, such as the major scale.  (5 of the times on the clock are empty, we’re not using the notes at the corresponding semitones).   Here’s what you do…

Here I’m asking you to build your own chords that have three notes in them.

Starting at the 2nd scale member (i.e. at 2AM) use choose-skip.   Qu.1,2,3: What times are the chosen notes found at?  What are the semitone distances between each pair?  Between the first chosen note and each of the other chosen notes?

Starting at the 6th scale member (i.e. at 9AM) use choose-skip.   Qu.4,5,6: What times are the chosen notes found at?  What are the semitone distances between each pair?  Between the first chosen note and each of the other chosen notes?

Do you notice any similarity between these two chords, in terms of interval distances involved?  Qu.7: What?  Qu.8: Any similarity with the example I worked through, starting at the 3rd scale member at time 4?

Starting at the 4th scale member (i.e. at 5AM) use choose-skip.   Qu.1,2,3: What times are the chosen notes found at?  What are the semitone distances between each pair?  Between the first chosen note and each of the other chosen notes?

Starting at the 5th scale member (i.e. at 7AM) use choose-skip.   Qu.4,5,6:  What times are the chosen notes found at?  What are the semitone distances between each pair?  Between the first chosen note and each of the other chosen notes?

Do you notice any similarity between these two last two chords?  Qu.8: What?

Starting at the 7th scale member (i.e. at 11AM) use choose-skip (remember to keep going clockwise).  Qu.1,2,3: What times are the chosen notes found at?  What are the semitone distances between each pair?  Between the first chosen note and each of the other chosen notes?  Qu.4: Do any of the other chords have the same interval makeup (interval distances) as this one?

From semitones to interval names used in theory

You need to remember these names, and their semitone sizes, so if someone asks you to play an interval of a major third, where the lower note is … you can.  On the same string is trivial, right?

Above, we found three different collections of intervals by applying choose-skip from each scale member.  These collections, in semitones, are

We name these collections, as

If you see a chord name with just a letter (like C or G), this means use a major triad (C major triad, G major triad)

Choose any string, any fret.  Use that as your start note for a major triad.  Locate the remaining two notes on that same string.  Play them one after the other.

How does this relate to an instrument?

The first thing to be aware of, is that a chord type (major triad, diminished triad …) requires specific intervals, as show above.  This is what theory will tell you.  However, this does not meant he chord type must have only one of each interval.  So long as there is at least one of each interval, we’re good to go … but we can multiple of each interval, in different octaves, on one instrument, if the instrument is capable of this.  We call these chord voicings.  Emuso makes it easy for you to see this, and even choose your iwn voicings to suit your hand size byinspecting where the intervals are located, and choosing the ones you can easily play to make a fuller chord.

For example, here are the intervals for the minor triad, available over a portion of the guitar, using G as the start note.  The labels on the guitar are the written interval symbols.   Notice the colouring used as well.  (Emuso tips blogs cover how we can create patterns on the guitar  (piano etc).

Below this is the same, using semitone distances measured from the nearest chord root (nearest G in this case)

We’ve looked at using the clock face as a simple representation of a block of 12 semitones, on which we can fill in circles to indicate scale membership (and then choose vartious scale members using the choose-skip concept. Doing this, uisng the major scale,  we found three different triad types.  The major triad, (1 3 5);  the minor triad (1 b3 5) and the diminished triad (1 b3 b5).  We found 3 major triads, built off the 1st, 4th and 5th scale members.  We found 3 minor triads, built off the 2nd, 3rd and 6th scale members.  And we found the diminished triad built off the seventh scale member.  This choose-skip concept is the essence of chord construction.  By choosing more notes (say 4 rather than 3) we get more complex chord sounds (in this case, a variety of “seventh” chords).  The theory just requires learning a few more interval names.  If you’ve understood today, you’re all set for a relatively easy ride.

The hard bit comes with finding these interval collections on guitar.  I imagine many of you already know chord shapes, and some scale shapes … those shapes are determined totally by the intervals required to create a particular chord or scale type, and by the guitar tuning.

However, there are only a handful of interval shapes, so as you learn these, they will reinforce your memory for the chord and scale shapes containing these shapes. When you know their interval makeup for chords and scales, you will know how to find great landing notes based on this interval-awareness.  This awareness can be learned in a few days!!  Emuso is designed precisely for this purpose (and many oothers, like ear training and rhythmic awareness)

Happy rocking or jazzing or …  🙂