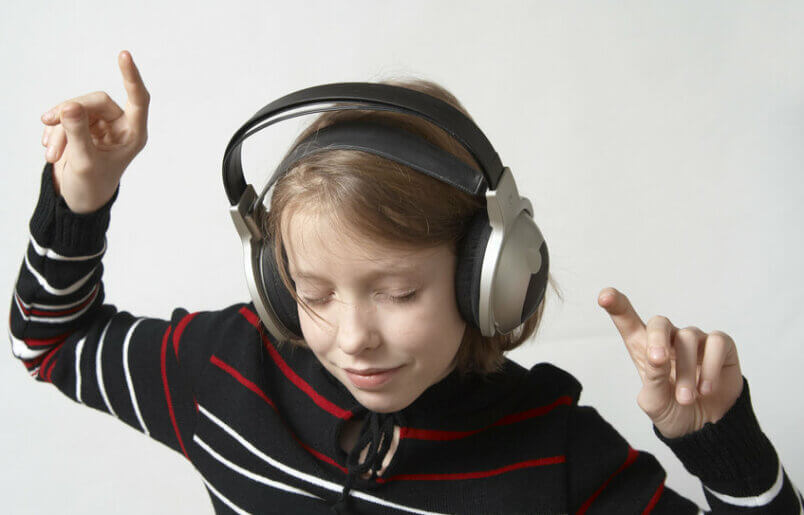 Rhythm is all about organising the occurrence of musical sounds  in time. With great music, it’s not long before you start moving in time to the music.   Why?  This is because the organisation lets us detect a regular beat .  We instinctively feel it, dance to it, and still feel it even when the music pauses, and comes back in time after the pause.  If the pause is too long, most of us won’t feel the beat any longer. A performer conveys the beat in a tune by organising where the sequence of notes start and stop in time, along with (de)emphasis of the notes in this sequence.  Let’s investigate.

We’ll cover the basic terms related to rhythm, to build an initial framework to draw upon in further lessons.  All lessons will provide examples for you to both play along to, and tests where you create simple rhythms to start.

Rhythm is the arrangement of sounds (percussion and non-percussion) occurring in time.  Usually the sounds are interspersed with silence.   There are infinite possibilities.  The more organised when these sounds start in time,  the more we can relate to the music.    If its disorganised (random being the worse case), we can’t relate to sounds at all … it’s not music.

Here is a simple, well organised rhythm …  the repetition of one loud vibraphone note, and three softer ones each a second apart.  There is a very obvious pattern that repeats every four seconds.  We quickly latch on to these regular sounds, we can tap our foot it, or clap, or nod in time to it.  What we are sensing is the beat.  Let’s try it.  In RhythmX, this looks like the following image.  (Switch to “lesson full-screen” if necessary, and click to enlarge).

Click the eye-ear icon above to load the example.

Next, we’re going to mute the fourth note. Even though we don’t hear a sound there, we still detect the beat there:

However, our brain has limitations in beat detection.  If the claps were instead produced by a computer, and each clap occurred with a very short time gap, we’d just hear a buzz.   Similarly, if they are spaced out several seconds apart, we can’t detect it either.

The speed of the beat … how many times it occurs a minute, is the tempo.  We must use metronomes (or software equivalents)  when practising anything to do with rhythm.  These can have the number of beats per minute (BPM) set to control the number of clicks heard a minute.  60 BPM is one beat per second.

A meter organises beats into regular groups.  It is a pattern of strong and weak beats.  The three most basic meters are called duple, triple and quadruple.

Musicians may align the start of a note with a beat (strong or weak), or at subdivision of the beat (such as two thirds of the beat’s duration.  They may also play notes with longer or shorter durations than the beat.  These notes are are related to the beat (in terms of note start time, and duration compared to the beat start time and duration).

Written music notation is easier to read when the beats are visually grouped into bars or measures, according to a time-signature, which is discussed below. (Meter is a grouping we feel due to the strong and weak beats when we listen or play).

In emuso, RhythmX models music as consisting of one or more tracks, with one track per instrument.  A track holds one or more parts.  A part holds one or more “onsets”.  An onset holds one or more sounds (a single note or percussion hit, or a chord).  A part is defined by a time signature, and the number of bars it contains.  When first created, based on this definition, the part is filled with as many equally sized onsets (chosen by the user as the “practice onset”) as fit.

Thereafter, these can be chopped up, glued together, and have sounds added and removed.  Each onset is represented by a rectangle, whose width models its duration.  Its placement within the part models where any contained sound will start playing.

Some examples are given in the section on time signature.

We need some way of identifying where sounds and silence occur in relation to the beat.

Note value is the term used for the duration of the sound, which may be shorter than the beat, the same as the beat, or longer than the beat.  If you look back at the first example in the “Beat section”, at 60 BPM, there are 60 vibraphone sounds every minute (one a second) … the duration where one beat occurs to the next is 1 second.  Because the first sound  was accentuated (made louder in this case), and the other three were not, this is an example of quadruple meter.

The note value name for each beat, in this case,  is the quarter note (1/4 note).  At 60 BPM, the duration of each quarter note is 1 second.  Because of the meter, 4 quarter notes are grouped together into a measure (bar), and the measure lasts for 4 seconds.

The fourth beat in the second vibraphone example in the “Beat” section had no sound.  We’d call this a quarter note rest.

A quarter note is also known as a crotchet.

The time occupied by a quarter note can be divided in half (subdivided) to hold two eighth notes, and an eighth note can subdivided into two sixteenth notes.  There are several other ways to subdivide durations.

The time signature indicates the number of beats in a bar, and what the note value is for that beat.

For example, 3/4 (we say “three-four”) means there are 3 beats in the bar, and each beat has a note value of a quarter note.  At 60 BPM, each bar lasts for 3 seconds (each beat lasts one second).

Here is an example of two bars of 3/4.  The second quarter note in the second bar holds a rest.

Here is an example of two bars of 4/4, in RhythmX.  If needed, switch to “lesson full screen”.  Click on the image to expand it.

Now there are 4 tracks: bass, bass drum, snare, and chugging guitar. The third quarter note in the first measure of the bass part has been chopped into two eighth notes, as have the first and second quarter notes of the second bar.  These eighth notes are shown as half the width of the quarter note rectangles.   The bass drum has the same rhythm.  The snare just has four 1/4 notes per measure.  The chugging guitar has two measures, each with eight 1/8th notes.

To interact with it, click the next icon. This includes a couple of tests, for you to identify different note values by clicking on specfied parts.

What you have learned.

You’ve learned that rhythm is the arrangement of sounds and silence in time.  The more organised with regular patterns of note placement, the more we can relate to it.  With repetive organisation, we detect the beat that we dance to, tap our feet to.  You’ve learned that tempo is the number of beats that occur in a minute, and BPM (beats per measure) is controllable with metronomes, that must be used when practicing in-time (as opposed to sorting out fundamental issues, like missing a string with a plectrum, where this needs to done first with no regard to time, and full concentration  on what the picking hand is doing).  Meter further groups beats, with three basic groupings being teh most commonly used.  These are: one strong and one weak beat (duple meter), one strong and two weak beats (triple meter) and one strong and three weak beats (quaduple meter) and typically the third beat is stronger than the second and fourth.   Even when there are no sounds present, we still detect the beat provided it has been established by repetition.  You learned that musicians use note durations (note values) that are the same as the beat, or longer or shorter, and they place these coincident with the beat, or within the beat.  You looked at the quarter note and eighth note.  You looked at time signature (the number of beats in a meaure)